Why & How These Books Were Written

Because of my love for early American history, particularly the birth of our great nation, and my years of study, I decided to write Jefferson's Masterpiece and A Standing Miracle. I was also motived by what seems to be a shortage of books for young readers about the Declaration of Independence and the American Revolution.

Jefferson's Masterpiece was my first history book. The first manuscript was originally written as a small children's book while I worked in Congress. I was fortunate to be able to conduct the research at the Library of Congress.

Years later, as retirement approached, I decided to expand the original manuscript into a more detailed telling of the amazing story of the Declaration of Independence.

I chose to dedicate each chapter to the daily activities of Thomas Jefferson, the Second Continental Congress, and the military struggles that were taking place.

I added an extensive appendix that enhances young readers' knowledge and understanding of the Declaration and the signers.

My objective was to write and create a book that would appeal to America's youth. I used short narratives and lots of color images and reproductions of original documents, covering 20 years, that focused on the pivotal events that sparked the revolution and led to independence. This 80 page book also includes little known facts and personal elements of some of the stories.

A Standing Miracle will enable today's youth to understand and visualize the significance of the American Revolution.

It is my sincere hope that America's youth, after reading these books, will have a greater appreciation of how difficult it was and how much the American colonists had to sacrifice to become the First Citizens of the New, Free and Independent United States of America.

I have been a student of the American Revolution, the Declaration of Independence and Thomas Jefferson for more than 50 years. My interest in American history goes back to my high school history teacher. In the beginning, my interest was focused on colonial America, then it centered on independence and the American Revolution. The preparation to write each book came from long months of concentrated research, plus years of reading and independent study.

I earned my BA degree in political science at North Carolina State University.

My wife and I are grateful for and proud of our family – our daughter, son and daughter-in-law and two granddaughters. 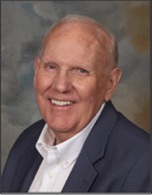